To share your memory on the wall of Virginia Williams, sign in using one of the following options:

Print
Mrs. Virginia Young Williams, affectionally known as “Ginia”, was born on January 26, 1946 to the late Benjamin Young and Arlene Franklin Young in Camden, AL. They relocated to Princeton, Florida where she established her life.

Virgi... Read More
Mrs. Virginia Young Williams, affectionally known as “Ginia”, was born on January 26, 1946 to the late Benjamin Young and Arlene Franklin Young in Camden, AL. They relocated to Princeton, Florida where she established her life.

Virginia had a work ethic which deemed her as
one of the hardest working women you would
ever want to meet, and with those ethnics she had a giving heart. She was a joyful person who was always ready to crack a joke to make someone smile and laugh.
Virginia was also known for her cooking that she passionately loved, the store was her best friend, she was always ready to make a meal. Virginia was also known for her acts of kindness by those who knew her, such as visiting those who were sick and helping those in need.

On June 5, 1990, Virginia married the love of her life the late Robert L. Williams, Sr. in Miami, Florida. In 1991, they moved to Waynesboro, GA where they resided and enjoyed a successful lifestyle until God called them home.

On January 10, 2021, Virginia Young Williams transitioned
from this earthly life to eternal life with the Lord surrounded by
her family.

To send flowers to the family or plant a tree in memory of Virginia Williams (Young), please visit our Heartfelt Sympathies Store.

Receive notifications about information and event scheduling for Virginia

We encourage you to share your most beloved memories of Virginia here, so that the family and other loved ones can always see it. You can upload cherished photographs, or share your favorite stories, and can even comment on those shared by others. 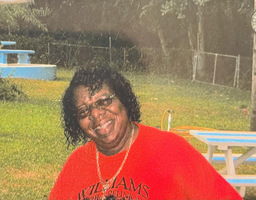