To share your memory on the wall of Mary Tolbert, sign in using one of the following options:

Print
Life Reflections of Mrs. Mary Lee Tolbert
And if you walk in obedience to me and keep my decrees and commands as David your father did, I will give you a long life. 1 Kings 3:14

After 97 blessed years, God called to eternal rest H... Read More
Life Reflections of Mrs. Mary Lee Tolbert
And if you walk in obedience to me and keep my decrees and commands as David your father did, I will give you a long life. 1 Kings 3:14

Mary Lee Tolbert was born January 14, 1924 to the late Arthur & Emma Lue (Williams) Herrington in Sardis, Ga. She was the oldest of 13 children.

At an early age, Mary Lee joined Beech Branch Baptist Church where she served on the usher board and was an active youth member. She attended elementary and secondary school in Burke County, Ga., graduating from Waynesboro High & Industrial School. Shortly afterwards, she moved to Savannah, Ga and worked as a domestic worker. She also lived in Boston, MA for a short while before returning to Savannah, GA.

When her children became school aged, Mary Lee went to work for the Chatham County Board of Education as a part-time employee, shifting to full-time after her children were much older. She retired after 22 years of labor at the age of 62. Mary Lee was also talented as a beautician and seamstress. Her favorite past time was to work in her flower garden.

Mary Lee was a member of Pilgrim Baptist Church of Savannah where she served as an usher before joining the West Broad Street Seventh Day Adventist Church. She served faithfully for many years on the usher board; she supported and attended all events of the church and enjoyed traveling out of town to church conventions. She read her bible every night before going to bed. Mary Lee moved to Fort Lauderdale, FL in 2006 at the age of 82 to reside with her daughters. She was physically healthy, strong, and enjoyed life until her health began to fail a month prior to her death.

To send flowers to the family or plant a tree in memory of Mary Lee Tolbert (Herrington), please visit our Heartfelt Sympathies Store.

Receive notifications about information and event scheduling for Mary

We encourage you to share your most beloved memories of Mary here, so that the family and other loved ones can always see it. You can upload cherished photographs, or share your favorite stories, and can even comment on those shared by others.

Posted Jan 31, 2021 at 08:08am
The Officers and Members of the Most Excellent Hiram Holy Grand Chapter, Holy Royal Arch Masons of Maryland, express our Sincere Thoughts, Prayers, and Condolences, on the passing of your beloved Mary Lee Tolbert. Eddie Tucker is one of our esteemed members, and a Past leader of our Organization. As He mourns the lost of his Aunt, we mourn with him and with the entire Family as well!

We will Keep the Family in our continued Prayers..,

Kevin and Sonni Jackson Herrington purchased the The FTD Comfort Planter for the family of Mary Tolbert. Send Flowers 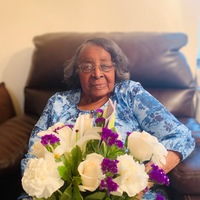