To share your memory on the wall of Lola Gillette, sign in using one of the following options:

Lola was married to the late Charles Gillette, son of Willie and Lizzie Jane Gillette. Five children were born. Being the loving mother she was plenty of love for god-children: Ricky Dixon, Dr. Loretta Jones, Janesha Mason, and Christopher Whitfield.

Lola Roberts Gillette was baptized at a young age in Pleasant Grove A.M.E. Zion Church of Sardis, GA and served from childhood to adulthood. She was an active member on the Usher board, as Church school and children’s Bible study teacher, Missionary worker, Lay Council member, Church Secretary, Choir member, and ordained Deaconess until her health failed.

Lola attended the Burke County School system. She worked for Rick Ram Star for years. Later she worked at Jockey’s in Millen, GA, her last job was at the Ogeechee Behavioral Center. Lola was known for her kindness, loving heart and God-fearing nature in the community.

To send flowers to the family or plant a tree in memory of Lola Roberts Gillette (Roberts), please visit our Heartfelt Sympathies Store.

Receive notifications about information and event scheduling for Lola

We encourage you to share your most beloved memories of Lola here, so that the family and other loved ones can always see it. You can upload cherished photographs, or share your favorite stories, and can even comment on those shared by others.

The FTD Comfort Planter was purchased for the family of Lola Gillette. Send Flowers 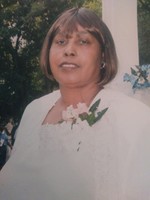